I had a rather epic gym session this morning. And I’m not talking about the usual brand of epic. In case you’re wondering what that is, it basically involves:

a) Making it through the door (doesn’t matter how little exercise I do once there, you definitely lose weight just from “going” to the gym, right?)

b) And staying for more than 20 minutes without:

i) falling off treadmill

So far, so good. But this morning really was an occasion because just as I got to that stage where I’d been on the treadmill for 12 minutes and was slightly sweaty and bored and thinking about giving up as soon as I’d burned off my tenth calorie, I turned the little in-built TV screen over to a music channel to find a rundown of the 100 best selling pop tunes of the 90s.

Ladies and gentlemen, if this played in the gym all day every day, I can safely say I would now have the body of a Pussycat Doll.

Lured by the nostalgia and stupefied by the pure cheese, I pounded that treadmill for a good hour (disclaimer: about 15 minutes) more than I usually would, simply because I could not bear to part myself from Bryan Adams and Mel C’s bleached out faces, Posh Spice’s purple lipstick, Elton John’s crooning and wearing of silly hats or Mick Hucknall riding about on a rollercoaster with girls way out of his league.

Weren’t the 90s just brilliant? For me they mean so much. Hitting puberty, experimenting with hair, makeup and clothes and fervently worshipping at the alter of Spice World.

In my job I get to meet quite a few celebrities, but never have I been more star struck than when I bumped into Emma Bunton. No longer a baby, with a baby of her own, all I could think of was how much I once wanted to be her, when she adorned those pigtails and platform wedges: 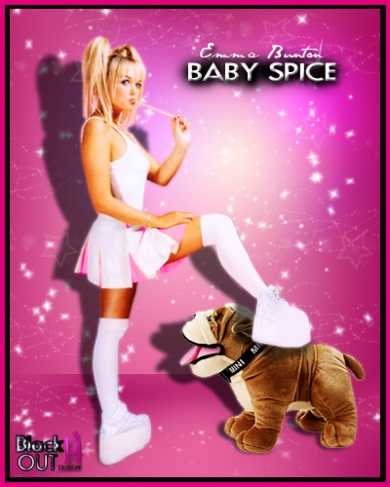 And going even later into the 90s, it’s no wonder ITV2’s Big Reunion has done so well. Thousands of men and women in their mid-to-late 20s and early 30s turned up to see the likes of 5ive, B*witched, 911 and Atomic Kitten play their old hits looking way better than they did at the height of their fame – and I was there too, agreeing with everyone that it’s amazing how we knew the words to every single tune without even realising it.

Anyway, that little blast from the past in the gym got me thinking and I was still thinking about it when I was in the supermarket with my other half buying cleaning products (we save the extra fun stuff for Sundays). As we were queueing up, I told him my thoughts which basically slopped out of my mouth in a post-exercise high fuelled rant thusly:

“I really enjoyed hearing those songs and it made me think how the nineties really was the last time anything was good. I mean, you think of them and you have double denim and bad hair and amazing pop music and stuff, but what the hell did the noughties bring us? Really, what music and fashion really stands out as massively memorable? And as for the decade we’re in now, what do we even call it? We’re not in the noughties anymore, so what are we, the teenies? THIS DECADE IS SO SHIT THEY HAVEN’T EVEN THOUGHT OF A NAME FOR IT YET. And it’s no wonder too, because nowdays it’s all Justin Bieber and autotune and iphones and-”

And then I realised I was shouting about Justin Bieber and young people today while wildly gesticulating with a mop in the middle of Waitrose. And it occurred to me that the past 13 years probably have had some good parts – it’s just that I’m now getting too old to appreciate it.

Or do I have a point? When I seriously wrack my brains of things I really enjoyed past the year 2000 I can only think of Sienna Miller bringing back boho and Madonna doing the cowgirl thing (and that was only JUST the noughties…) Everything else was just a rehash of old trends (seriously, how many times can the 80s come back?)

So, here’s what the 90s mean to me via the medium of pictures:

I actually went through a stage of wearing my hair and lips like this. I thought I ruled.

And I haven’t even mentioned the telly yet. No one could explain it all like Clarissa.

No one was cooler than Tia and Tamera (I actually did have a denim hat like that).

Crimping. My hair style of choice for every school disco. 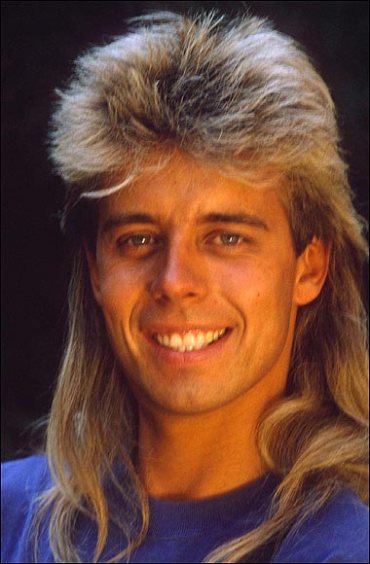 In fact, I’m not even going to bother putting in a pictorial argument for the noughties. Just scroll back to the picture at the top of this post, which I should have captioned “my worst nightmare”.  Bieber and Minaj can basically look at Pat Sharp and WEEP.

3 thoughts on “Did things get really crap, or did I just get old?”