Today I watched a video of a 22-year-old woman being smacked in the face by a stranger after she briefly reproached him for sexually harassing her and it made me feel so exhausted.

I’m tired, guys. Really tired. And I know I’m not the only one who feels like this. It’s impossible not to when you’re a woman and you read, watch and experience sexual harassment every single day.

Last night, as I was coming back home in Paris, I walked past a man who sexually/verbally harassed me. He wasn’t the first one and I can’t accept being humiliated like that, so I replied “shut up”. He then threw an ashtray at me, before rushing back to punch me, in the middle of the street, in front of dozens of people.

This is a subject I’ve wanted to write about for a long time but I’ve always talked myself out of it because I feared how it might make me look. I thought people might think I’m a man-hating drama queen or that it would attract exactly the kind of unwanted attention I’m going to tell you about.

Before, I was tired of the fear of being judged but now I’m just tired.

If you follow me on social media you’ll know I don’t take crap from… well, anyone. So why do I, along with so many others, take it day in, day out in the real world?

END_OF_DOCUMENT_TOKEN_TO_BE_REPLACED

It happened this week and it shook me to my core. I’d just come out the underground and was looking at Google Maps to work out which way my destination was, when a man on a bike swiped my phone right out of my hands and rode off into the night.

It was almost graceful, the way he did it – like he’d done it a hundred times before, which he probably had. Not so poised however, was the way I shrieked and embarrassingly, pleaded, as I ran after him for a few hundred yards. But that was it. My phone was… gone. In a matter of seconds.

END_OF_DOCUMENT_TOKEN_TO_BE_REPLACED 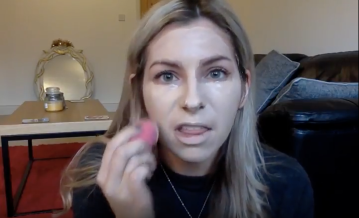 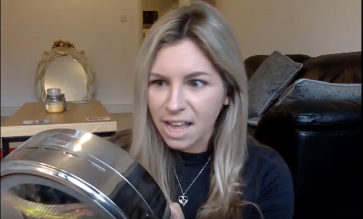 I love makeup and always have, from that fateful day in the mid 90s when I came across my mum’s stash in the cupboard under the sink and decided brown lipstick was the answer to all life’s problems.

Back then, being a pre-teen into her slap basically meant owning Rimmel’s Heather Shimmer lipstick, at least one frosted eye shadow and a couple of Body Shop eau de toilettes.

As time went by, I started picking up the basics from J17 magazine and good old trial and error, enhancing my ability from choosing a foundation that didn’t make me look like a tangerine to learning how to achieve that coveted feline flick with a glossy black eyeliner.

These days though, picking up tips on how to put your face on is on a whole different level, thanks to Instagram. Most high street beauty brands now sell lines especially marketed for young people who want to achieve the perfect selfie and gone are the days of making do with a dusting of powder and a slick of gloss. These days, beauty queens go for full coverage and they make it an absolute art form. And I love it – but I just can’t get down with it.

I’ve lost so many hours of my life watching people putting on makeup on the internet. But it’s akin to the way we watch The Great British Bake Off. You appreciate the pretty cakes on your screen but like hell can you be bothered to go through the blood, sweat and tears of whipping one up in your own kitchen for the office bake sale.

But in a fit of experimentation, I did decide to give it a go and I filmed myself one rainy afternoon trying a few trends I’ve seen reoccurring on my feed (I may have been subconsciously inspired by Lady Dickson who recently made her own epic contouring fail vid).

Here’s what I attempted…

END_OF_DOCUMENT_TOKEN_TO_BE_REPLACED

Well, it’s been a while. Four and a half years, to be exact.

When I first started this blog, I was fresh out of university, working my first ever journalism job in Derbyshire and writing under the pseudonym notontheguestlist. And things have changed a bit since then, as you’d expect them to over a decade.

So, I’m now a 30-something (who just about makes the dreaded Millennial bracket) living in London and working in television and have somehow today found myself tinkering with my WordPress account, changing the look of this blog and deciding to attempt to breathe some new life into it.

So why have I decided to come back after a five-year silence, this time without the anonymity and at a time when everything anyone says online is more open to scrutiny and criticism than ever?

Well, first of all, it’s not as though I’m Logan Paul. Thank god. And I like making people laugh, which is something I’ve been told I used to achieve here. Plus, it’s become apparent over the last few years that I have a thick skin when it comes to the internet – which is lucky because I’m rather prone to making a bit of a tit of myself on it.

Let me give you just a couple of examples.

END_OF_DOCUMENT_TOKEN_TO_BE_REPLACED

I had a rather epic gym session this morning. And I’m not talking about the usual brand of epic. In case you’re wondering what that is, it basically involves:

a) Making it through the door (doesn’t matter how little exercise I do once there, you definitely lose weight just from “going” to the gym, right?)

b) And staying for more than 20 minutes without:

i) falling off treadmill

END_OF_DOCUMENT_TOKEN_TO_BE_REPLACED

This morning I woke up, padded to the kitchen and put the kettle on for my morning cup of tea.  Nothing very unusual there, compared to the average morning.

Except, I then ate a … I’m not quite sure what it was, actually. All I know it was made out of pastry, sugar, chocolate and deliciousness. A big yard of sickly, chocolatey deliciousness. And it was so good I promptly put another in the microwave and gobbled up its molten, toxic stickiness. Then an hour later I snarfed down a few handfuls of Cheetos. Then later I lunched on a large, rubbery hotdog in white French bread followed by more bread covered in pate. Then more Cheetos. And now I’m writing this, drinking a beer, feeling bloated and thinking about starting on some chocolate.

Now I promise, this is a bit unusual for me, because I do try (and there is a lot of emphasis on the word try) to eat healthily. I generally snack on fruit, eat salads for lunch and eat bread, pasta and other carbs as little as I can. I also usually like my food fresh and containing vegetables.

So why the sudden overdose of crap today? Well, I am on the third day of Being On Holiday. And, although I don’t usually look as fit as the girl on the left of the picture above,  I am starting to feel like I vaguely resemble the ladies on the right.