After five years together, Christina Aguilera and Jordan Bratman are calling it a day.  How sad, they seemed a genuinely loved-up couple back in the day.  I guess five years is pretty good going in celeb-land though.

On the subject of couples going down the pan: 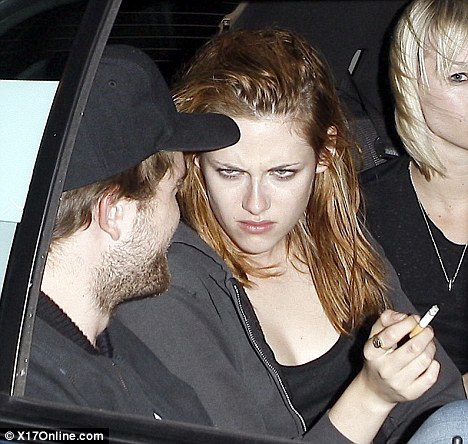 Doesn’t seem to be much evidence of smiling, shaving or washing of hair in Twilight paradise. Oh dear. 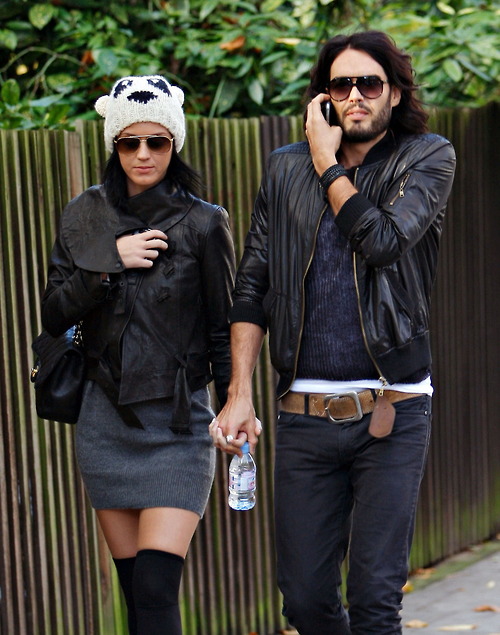 It’s funny, I actually said the other day: “I bet Russell Brand and Katy Perry get engaged soon.”  – to some friends you understand.  I don’t sit alone and ponder aloud about the personal lives of celebrities.  Really.

Anyway, the main reason I’m really writing about this is because I wanted to post this picture.  I have that hat Katy is wearing.  In fact I think half the world has it, I have seen it so much. I was definitely the first to wear it though.  It’s hard being a fashion icon, then watching as celebrities take credit for your cool style.

Anyway, happy 2010 to all my readers.  I’ve spent the last two weeks face down in a tin of Quality Street, with a bottle of wine in my hand, so sorry for being a bit absent. 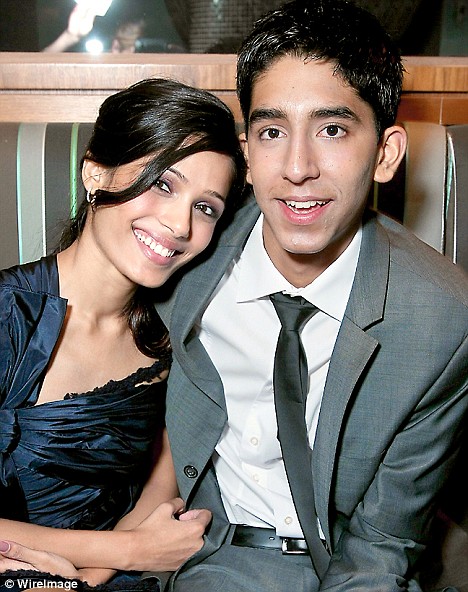 Now this is a story I never believed would turn out to be true.  I never really thought that the slightly awkward but adorable Dev would really be getting it on with the gorgeous, stylish Freida… but as it turns out he is!  Go Dev!

Dev was pictured visiting Freida in Israel last week and the two looked VERY close.  And now his mum has pretty much confirmed their romance to the world.

She said:  “Life can’t get better for him. First it was the film and now everything else seems to have slotted into place. Freida is really beautiful and I am really happy for them. Yes, we knew he was flying to Israel to see her”

I think this couple could possibly be the sweetest pairing ever.  Their chemistry in Slumdog Millionaire was great and I think they look beautiful together.

First Denise and Lee get married and now the couple we’ve all been rooting for get together.  The spring air must be getting to those celebrities! 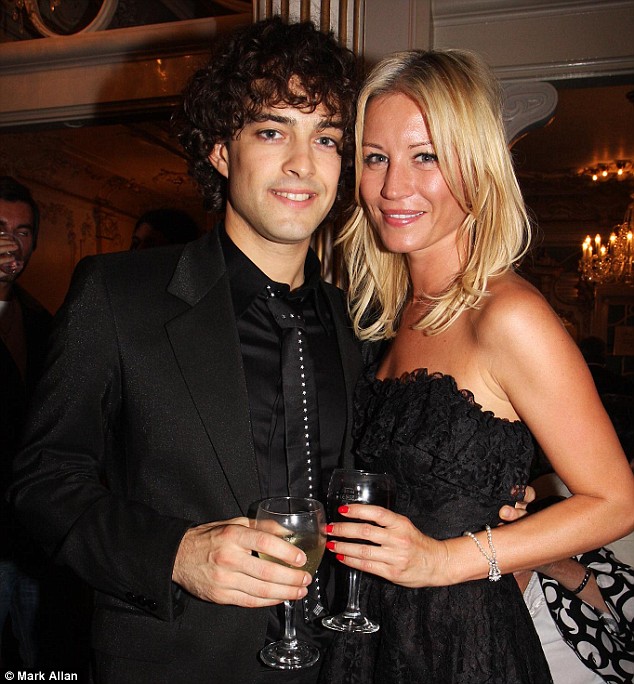 Dawwww.  I love this couple.  She’s funny and down to earth and he has nice hair.  It’s meant to be.

Lee and Denise told everyone they were going on a regular holiday and then went and got married!  Those crazy cats!  The ceremony took place in the Seychelles and only their parents and a few close friends were in attendance.

Congratulations to the lovely couple. 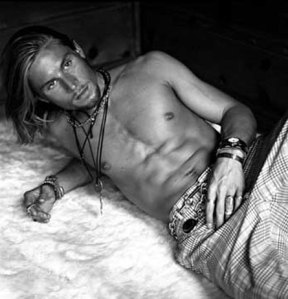 You all must have heard by now that Jennifer and John Mayer have called it quits.  It’s no wonder really, they were three months in and already the magazines headlines were screaming about babies and marriage.  Anyway, although the media like to portay Jennifer as this, old, desperate spinster (lord forbid a WOMAN be single at 40!) it turns out she dumped him for cheating.

You see, that is totally why I couldn’t go out with a gorgeous, famous, talented musician (and of course dozens have begged for my hand in marriage) – I’d be worried the whole time about what he was doing!

But, apparently, Jen has moved on quickly to the fine specimen in the picture above.  Well, I wouldn’t kick him out of bed for farting I suppose.  If you recognise him, it may be because he’s the hot male model that appears in Britney Spear’s Toxic video.

Mind you, there are now sources that say he’s not dating Jennifer but has put the rumour out there to get some publicity.  Dirty.  Well, if I was Jennifer I would at least ring him and tell him to play out his part of the deal!  It’s only fair!

Portrait of Madonna and Guy by Peter Howarth (more
interesting than a photograph of them!)

Her Madgesty has publicly addressed the rumours about her and Guy divorcing and her supposed affair with Alex Rodriguez.  She says:

My husband and I are not planning on getting a divorce. I know Alex Rodriguez through Guy Oseary, who manages both of us. I brought my kids to a Yankee game. I am not romantically involved in any way with Alex Rodriguez. I have nothing to do with the state of his marriage or what spiritual path he may choose to study. I have learned over the years not to take accusations and the many false reports about me very seriously. I also appreciate how fiction and fact seem to be perceived as one and the same by people who read both newspapers and the internet.

Good for her for not rising to the reports. Now she can concentrate on reaping the benefits of the extra press attention when she goes on tour.

Who knows whether they’re happily married or not?  He does look a bit grumpy with all the media attention most of the time, and she looks like one hard woman to please.  But maybe they… you know… really love each other and stuff?