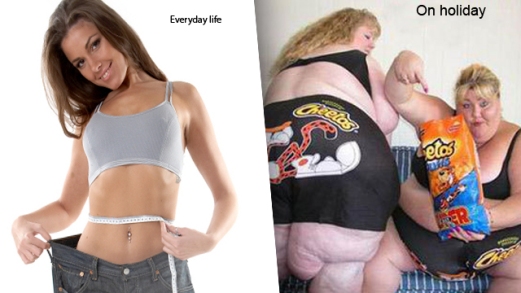 This morning I woke up, padded to the kitchen and put the kettle on for my morning cup of tea.  Nothing very unusual there, compared to the average morning.

Except, I then ate a … I’m not quite sure what it was, actually. All I know it was made out of pastry, sugar, chocolate and deliciousness. A big yard of sickly, chocolatey deliciousness. And it was so good I promptly put another in the microwave and gobbled up its molten, toxic stickiness. Then an hour later I snarfed down a few handfuls of Cheetos. Then later I lunched on a large, rubbery hotdog in white French bread followed by more bread covered in pate. Then more Cheetos. And now I’m writing this, drinking a beer, feeling bloated and thinking about starting on some chocolate.

Now I promise, this is a bit unusual for me, because I do try (and there is a lot of emphasis on the word try) to eat healthily. I generally snack on fruit, eat salads for lunch and eat bread, pasta and other carbs as little as I can. I also usually like my food fresh and containing vegetables.

So why the sudden overdose of crap today? Well, I am on the third day of Being On Holiday. And, although I don’t usually look as fit as the girl on the left of the picture above,  I am starting to feel like I vaguely resemble the ladies on the right.

I am in a villa in Spain with four of my female friends. All of us, including me, like our food. And all of us, including me, have been heavier than we are now (well, apart from Sally who is one of those bitches who stuffs her face constantly and never goes over a size 10). So anyway, the point is that somewhere in all of us there is a larger lady trying to claw her way out. My one’s called Beth and has a particular fondness for cake and Cheetos. She looks not unlike our friends on the right up there. And our fat ladies don’t claw any harder than when we’re on holiday.

It’s only on holiday you can justify eating a whole jar of Nutella. To have three courses during every meal of the day, including breakfast. To have a beer at midday. To stuff yourselves silly with paella at a nice restaurant, announce you couldn’t possibly eat another morsel and then come home and eat a family-sized box of Ferrero Rocher in front of the TV like we did last night (this is no ‘girls gone wild’ holiday).

From where I’m sitting now, I can see an empty box of chocolate biscuits, a box of Kinder Surprise eggs, beer bottles, the tell-tale box of the Ambassador’s favourite chocolates and a friend of mine laying horizontal on the couch opposite, slipping in and out of a junk food-induced coma. I might have to go over and check she’s breathing after I’ve posted this. My other holiday companions have gone for a walk in the pissing rain out of pure fear their arteries will clog up and their hearts give in if they continue to not move at all for the third day in a row.

Why do we do this to ourselves? Why am I sitting here now, jeans digging in my waist, feeling sluggish and spotty and knowing full well that I am going to eat another few portions of lard and sugar during the rest of the holiday? It reminds me of  those lost days between Christmas and New Year when I exist solely on cheese and Quality Street. Overindulgence isn’t even that fun after the first day.  The problem is, the more crap I eat, the more crap I crave.

Ah well. I know that once I go home it’ll be salad and boiled eggs and veggies for a few days.

And to give you an update since I started writing this post, my catatonic sofa friend has since managed to move twice – first to get her duvet, secondly to get a magnum ice cream out the freezer.  The rest of our party have also come back from their walk, telling tales of a cafe that sells hot chocolate so thick they had to eat it with a spoon and one is now eating this as one of her square meals of the day: 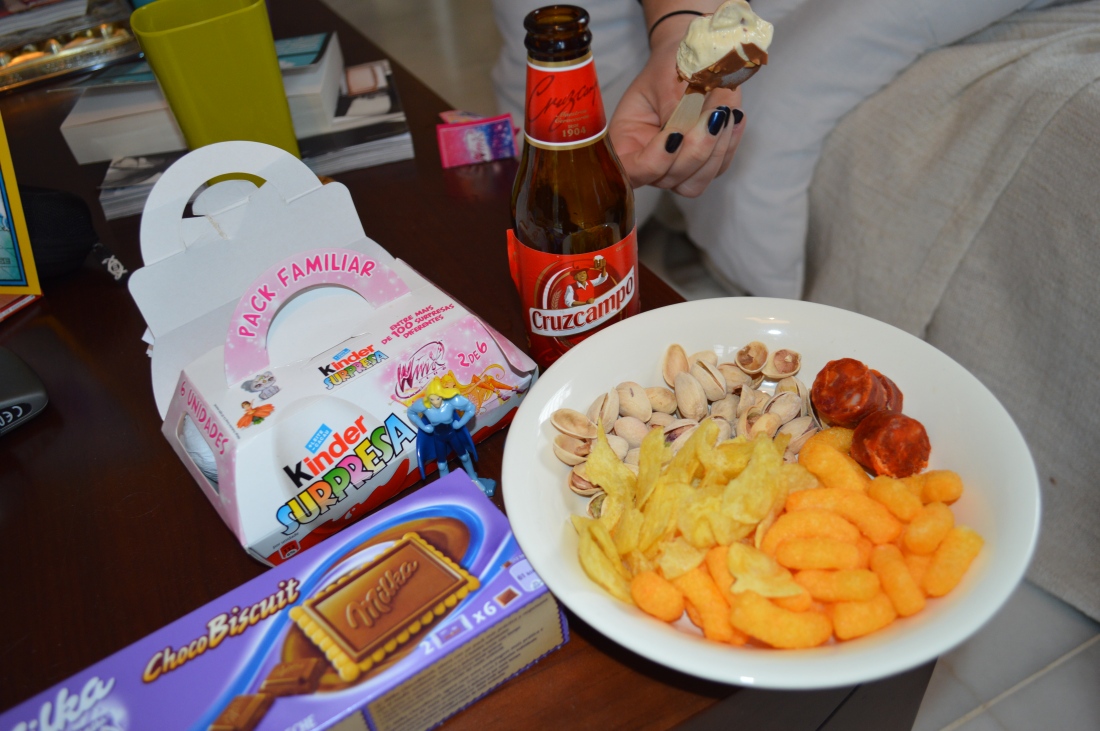 Right, time for a coffee and a Milka ChocoBiscuit…