Kristen Stewart also caught my eye, and I have something I should confess about her.  After once raving about how brilliant she is, for not getting into the whole “fame” thing and turning up on the red carpet in trainers and jeans… she actually started getting on my nerves because of that.

I mean SMILE girl.  It won’t effing kill you.  You get to kiss Robert Pattinson, in real life as it turns out, so you don’t always have to work the cameras looking like someone just laid a turd under your nose.  You don’t have to do the aloof act.  You’re cool enough.  So, please, just put on a nice frock and have good time? 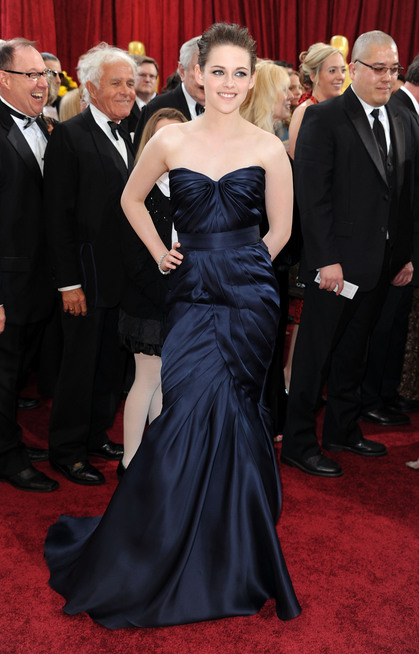 Oh.  Thanks.  You look pretty.

On the other end of the starlet spectrum was Miley Cyrus, whose dress makes me turn blue whenever I look at a picture of her in  it – I feel as though the mere thought of breathing out will make her explode out of her dress even though it’s just a photograph of her.  You know, like in Harry Potter, where pictures of people move and wave and do stuff for your general amusement (as someone who works for a newspaper, I can’t help but think of how cool that would be in real life.) 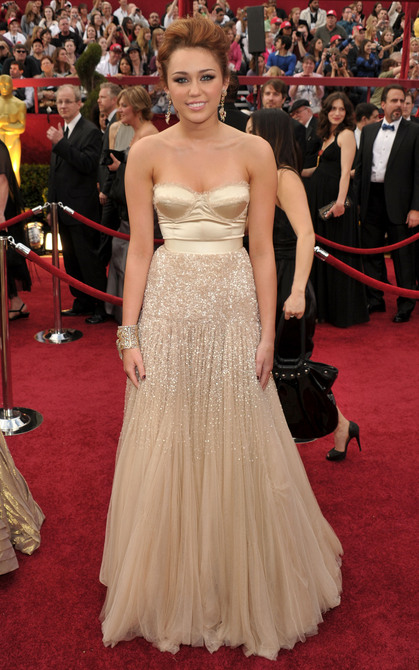 Honey, when your dress is constricting your waist so that it’s narrower than your head,  it’s ok to go up a size.  No one else will know and you get to become aquainted with your good friend oxygen.